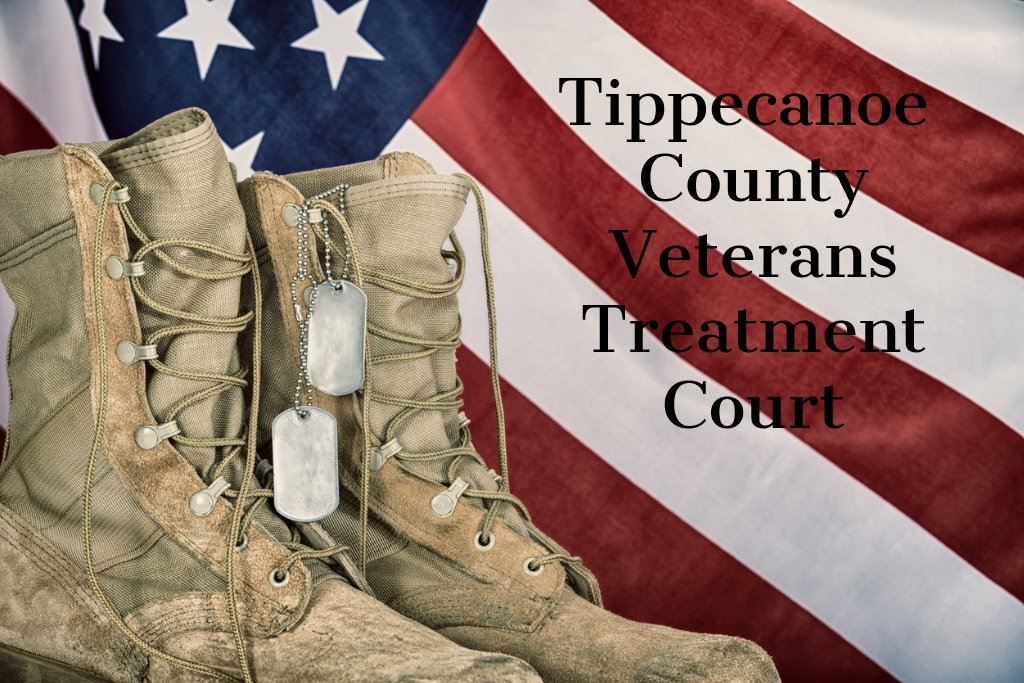 What is Veteran's Treatment Court?

Indiana is home to nearly 500,000 United States Veterans. Some Veterans return home after serving our country and find it difficult to transition back to civilian life due to physical and mental injuries, such as Traumatic Brain Injury and Post Traumatic Stress Disorder. Some Veterans self medicate with alcohol or drugs. Some Veterans are suicidal. Too many Veterans are in jail, in part because of untreated wounds directly related to their service. The mission of the Tippecanoe County Veterans Treatment Court (“VTC”) is to rehabilitate these Veterans, to inspire them through mentorship and provide them with tools necessary to lead productive and law abiding lives, and to promote a safer and stronger community. VTC offers eligible Veterans the opportunity to participate in a court supervised treatment program as a term of probation and an alternative to jail time. An order to participate in the Tippecanoe County VTC requires a plea agreement in the originating court, where the State and Defendant agree that the Veteran shall participate in the Tippecanoe County VTC as a term of probation in the criminal case. The parties may also agree to the early termination of probation and/or the possibility of early expungement (the sealing of criminal records) for Veterans who successfully graduate from the VTC. Such terms must be described in the plea agreement and accepted by the Judge in the originating court.

Additional information regarding the Tippecanoe County VTC is available in the Tippecanoe Superior Court No. 5 Office, located at 301 Main Street, Lafayette, Indiana 47901. You may also contact the VTC Administrator, Jennifer, at (765) 423-9280 or jprange@tippecanoe.in.gov.